With the arrival of summer, most people avoid playing sports in the sun, especially for long periods of time. Therefore, many outdoor basketball courts, soccer fields, swimming pools, garages, temporary aisles, and other venues will choose different types of big top tents or shelter tents. Its benefits are obvious – allowing people to do as much as they want during daytime exposure. 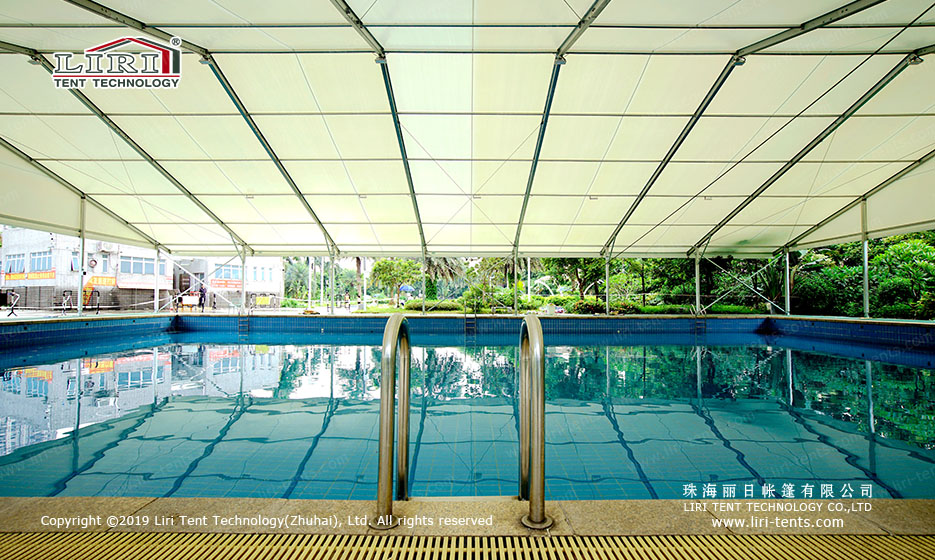 This pool was originally open-air, both in hot weather and stormy seasons. After some examination, it was almost impossible to operate during the daytime in summer and when it rained, and the pool water replacement rate was particularly high. Later, the owner decided to add a 25 * 35m big top tent for it. Not only can extend the operation of the pool for 8 hours a day, but also effectively reduce the dust and bacteria in the pool water. 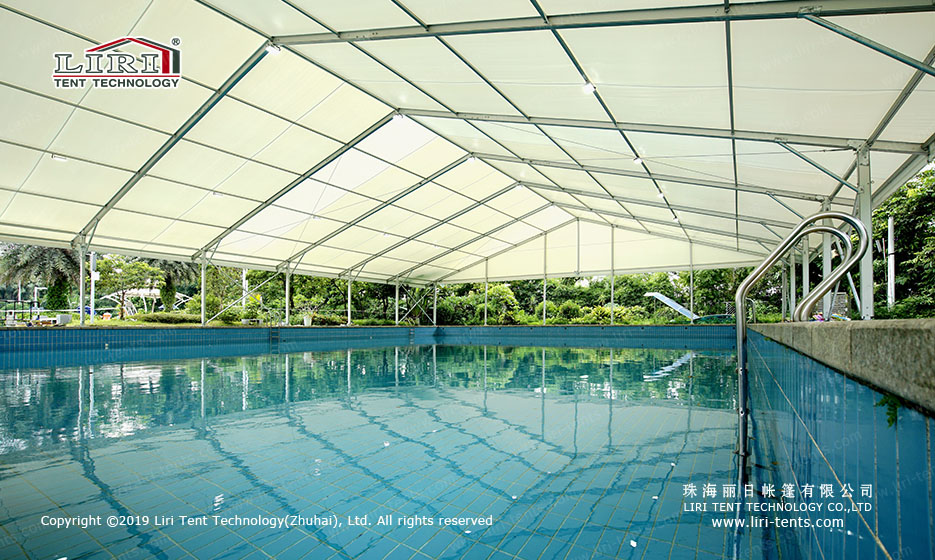 This is a big top tent with an aluminum structure that can be quickly installed and dismantled. Simple lines and a beautiful appearance. The aluminum material is not easy to rust and is tough enough. It has been installed with a transparent enclosure curtain around it, which can be pulled down at any time. At night, the lighting can be turned on to extend the operating hours at night. This means that after installing the big top tent, its operation is extended by at least 8 hours.